Group
Stories
Once Upon a Time... by starbeamz2 Rated: PG-13

What happens when the beloved tale of Cinderella finds itself in the middle of the major corporations of the music industry? Cinderella, herself, is caught trying to save her father's company from the evil grasp of her poisonous stepmother. At the same time, the pretty, unpretentious window-washer has caught the eye of two top-level execs, including one who'd been her best friend in the deep, dark past that neither remembers. Amidst the twists and turns of a corporate merger, an arranged marriage, and more family ties to deal with than she can handle, will she be able to choose and hold onto her Prince Charming?
Categories: Fanfiction > Backstreet Boys
Characters: Brian, Group, Nick
Genres: Alternate Universe, Angst, Drama, Humor, Romance
Warnings: Sexual Content
Series: None
Chapters: 16 Table of Contents
Completed: Yes
Word count: 46744
Read Count: 11954

The boys all come together after a long hiatus to work on their new album. This is a scrapbook of that time, from when they all stepped off the plane to be together up until the album release, living all the drama, hope, laughter, fears and tears along the way... (posted on September 5, 2005)
Categories: Fanfiction > Backstreet Boys
Characters: Group
Genres: Drama, Humor
Warnings: None
Series: None
Chapters: 55 Table of Contents
Completed: Yes
Word count: 210725
Read Count: 74150


[Report This]
Published: 09/05/05 » Updated: 09/04/07
Every 15 Minutes by Nikki P Rated: PG-13 [ - ]
Summary: A story I started this a while back, and found it on my computer.
It's about Jess Mitchell's senior year of high school. New school. New life. New neighbor that becomes to mean more to her then anyone she knows.
Read and review

[ - ]
Summary: The tour bus is broken, there is no way to contact the outside world. Small town life is definately not for A.J. But what is the town hiding, why are all the townsfolk acting rather strange to the boys. And what exactly is the Widow's Walk? 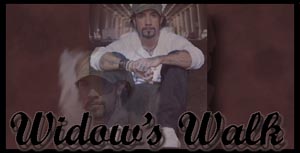 I know I hate when summaries change, but this story took a turn in Chapter 3 and hopefully will stay on this path. Thank you. :-D
Categories: Fanfiction > Backstreet Boys
Characters: AJ, Group
Genres: Drama, Romance, Suspense
Warnings: None
Series: None
Chapters: 16 Table of Contents
Completed: Yes
Word count: 16499
Read Count: 12718


[Report This]
Published: 03/17/07 » Updated: 08/14/07
Into the Woods by Mare Rated: G [ - ]
Summary: This is a prequel chapter/short story to Shadow Woods. The challenge this month was to write either a prequel or a sequel chapter to one of your stories. I picked this one by request.

And if I say anymore i'll give away the plot twist to the original, so I am mum! lol


[Report This]
Published: 08/07/07 » Updated: 08/07/07
Home by Gal1015 Rated: PG [ - ]
Summary: It took intensity less than thirty seconds to fill up the entire room and silent became the sole witness on how vulnerable he was beneath his heavy breath. His wide eyes darted at one corner of the room, strongly believed that it was there, waiting and wanting him. Then the walls started to crack before it parted apart emitting smoke into the room. He was too shaken up to do or think of anything but as smoke moved towards him, he forced himself to walk backwards. Finally his back leaned against the walls and almost dropped down to his knees when he saw a figure piercing through the smoke. The figure was getting closer and by that time, his legs were already rooted to the ground.- July Picture Challenge

[ - ]
Summary: What happens when the guys get involved in a murder at their hotel and they soon find out that anyone could be involved, including one of them?
Categories: Fanfiction > Backstreet Boys
Characters: Group
Genres: Suspense
Warnings: Violence
Series: None
Chapters: 21 Table of Contents
Completed: Yes
Word count: 33537
Read Count: 16354


[Report This]
Published: 06/29/03 » Updated: 07/29/07
The Rest Is Still Unwritten by rebellious_one Rated: PG-13 [ - ]
Summary: Not your typical fan fiction. What if your life was like a book, where one person was behind everything you do and was the reason for everything that happens in your life. What if they were in control, and it was up to them on how your life story went and how it ends. The rest is still unwritten in "The Backstreet Book".
Categories: Fanfiction > Backstreet Boys
Characters: Group
Genres: Action, Adventure, Drama, Fantasy, Humor, Supernatural, Suspense
Warnings: Violence
Series: None
Chapters: 3 Table of Contents
Completed: No
Word count: 1970
Read Count: 1677


[Report This]
Published: 07/12/07 » Updated: 07/20/07
Running From the Truth by sarahmarie0727 Rated: R [ - ]
Summary:
Nick Carter and Sarah Kline have been best friends since they were kids. Nick expresses his love for Sarah before she leaves for an adult mission experience in Africa, but Sarah doesn't return the feeling, since she is leaving for three months. Upon her return, she wants to tell Nick how she really feels about him, only to find him in a slightly different situation.
Categories: Fanfiction > Backstreet Boys
Characters: Group, Nick
Genres: Drama, Romance
Warnings: Sexual Content
Series: None
Chapters: 9 Table of Contents
Completed: No
Word count: 10357
Read Count: 5082

[ - ]
Summary: Alex McIntosh has never been the "it" girl. She's always had her nose shoved way too far into her laptop's treasures than to really make much notice of the rest of society. She comes up with a grand idea to use a man that is known for treating women like property instead of what they are (women). In her escapades, she will document her experiences and create a novel. And who might the man be that falls into the hands of Alex McIntosh? None other than the famous Nick Carter.


[Report This]
Published: 06/10/07 » Updated: 07/14/07
Dude, You Got Served! by Gal1015 Rated: PG [ - ]
Summary: The Backstreet Tradition is back again and this time round, Kevin is up to claim his prize after winning the last round. Who will emerge as winner and gets a chance to create another crazy challenge? Come and join me to find out in this 60-seconds of dare. [its a challenge taken from the forum board by backstreetblade]

It was only supposed to be a one-night stand, a fling and nothing more. Melanie swore she'd never get involved with another guy, but somehow she made the mistake and gave him her number; told him if he ever needed to talk to call her. What happens when she finally finds one that she can lean on when things get tough? Will she learn that at least one man can be trusted, or will she push him away?
Categories: Fanfiction > Backstreet Boys
Characters: AJ, Brian, Group, Howie, Kevin, Nick
Genres: Drama, Romance
Warnings: Graphic Sexual Content, Sexual Content
Series: None
Chapters: 1 Table of Contents
Completed: No
Word count: 14
Read Count: 418

[ - ]
Summary: Nick has only one minute to answer just one question. If only he could remember where he last saw this thing these men are after..
Categories: Fanfiction > Backstreet Boys
Characters: Group
Genres: Humor
Warnings: None
Series: None
Chapters: 1 Table of Contents
Completed: Yes
Word count: 260
Read Count: 473