Being Marsha is a story about an eighteen year old girl who finds the true beauty within herself and the love for her family.

Sometimes it takes only one person to make you see what your life really means.

Brian and Nick sharing one bus? What could be more EPIC than that, right? At least that's what Nick thinks at first. But Brian's got a new girlfriend he's obsessed with and he's turning into a complete and total prune, constantly at her beck and call! Nick's determined to stop the change before its too late: NO ONE is gonna steal Brian from him! But what if it already IS too late? What if Brian's already - curse the thought - a grown up? 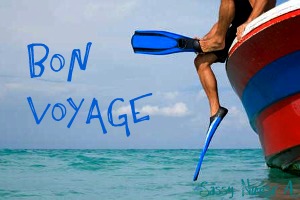 Once again, Brian is gettting ready to leave for a tour. How will he spend his last day with his girlfriend, knowing it will be months before he sees her again?


[Report This]
Published: 12/18/10 » Updated: 12/18/10
Bite At Midnight : Hawthorne Castillo Y Casino by ResaD Rated: R [ - ]
Summary: "What if the story you knew about the Backstreet Boys and how they got together was a lie? What if I told you it was nothing more than a cover? And I knew the truth! For it was me that formed them, that followed them, that made them! Want to know the real story? Than you might want to read on!"

Nick wanted his dream to come true, to be somebody! He loved it. But what happened to him when he met that strange woman? His dream seemed so far away and she seemed so close. He longed to have her, yet, she offered him EVERYTHING his heart desired.
Dare he take it? What would he lose? Could he handle what she was offering?
I invite you to explore the start of the Bite At Midnight series and see how BSB became the BSB that we know. 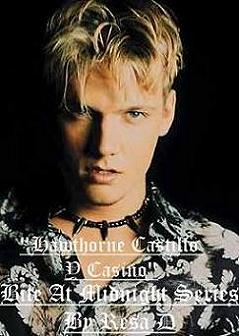 Everyone knows just how competitive Nick is...but do they truly know just HOW competitive he is? Let's find out, shall we?

This is my response to the August Challenge about the bus breakdown.  I decided to re-write a story I had written. I broke only one rule...I only used 2 members and only mentioned the other two..*smiles angelically* 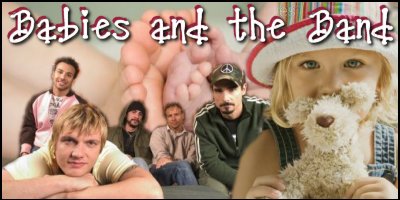 Nick Carter has everything he ever wished for – a beautiful wife and daughter and a baby boy on the way. Through his eyes, experience two years in the life of a Backstreet Boy as he records a new album and embarks on the craziest tour of his life. How will he juggle being a husband, a father, and a pop star? What happens when a fight between two friends risks the entire future of the band? And, most importantly…will Nick really wear a kilt?
Categories: Fanfiction > Backstreet Boys
Characters: Group, Nick
Genres: Drama, Dramedy, Humor, Romance
Warnings: Death, Sexual Content
Series: The Coaster Series
Chapters: 75 Table of Contents
Completed: Yes
Word count: 143613
Read Count: 152445

"I have to warn you," she said to me, her voice low and sexy, "Once you get me in your head... it's almost impossible to get me out."

[Report This]
Published: 08/03/10 » Updated: 08/11/10
Birthday In London by ficfriction Rated: PG-13 [ - ]
Summary: Once again it's Holly's birthday and Ryan plans on taking her on their first vacation in a long time, but will she like it?
Categories: Fanfiction > Music > The Young Veins
Characters: Ryan Ross
Genres: Romance, Science Fiction
Warnings: None
Series: The Vampire Ross
Chapters: 1 Table of Contents
Completed: Yes
Word count: 3619
Read Count: 392


[Report This]
Published: 07/05/10 » Updated: 07/05/10
Back At Your Door by Jay Rated: NC-17 [ - ]
Summary: Payton, Arissa, and Brooke are finally going on their long-awaited trip to Cali. Fun, sun, and boys, what could be better? They always have a blast on their road trips...but when they have a run-in with a few certain people at a club, things get interesting, and it becomes a summer than will change their lives in ways they never knew.
Categories: Fanfiction > Backstreet Boys
Characters: Group
Genres: Drama, Romance
Warnings: Graphic Sexual Content
Series: None
Chapters: 16 Table of Contents
Completed: No
Word count: 45323
Read Count: 2258


[Report This]
Published: 10/16/08 » Updated: 06/16/10
But It Was Supposed To Be Romantic by Jeni Rated: NC-17 [ - ]
Summary: Kevin takes his time to plan a night that Emma will never forget. What Kevin didn't plan for was his desire for her.
Categories: Fanfiction > Backstreet Boys
Characters: Kevin
Genres: Romance
Warnings: Graphic Sexual Content
Series: None
Chapters: 1 Table of Contents
Completed: Yes
Word count: 1913
Read Count: 391