What I do is what I know. My parents sold me to their owner. I was their get away ticket. I was forced to do something by my owner...and that is why I'm in the position I am now, and yet...he still won't leave my side...no mater all the stuff I'm putting him through. 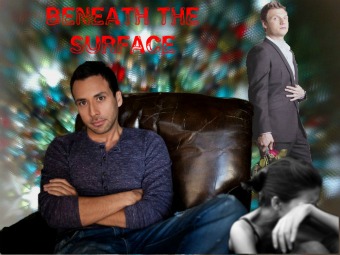 Life in the fast lane proved a little too fast for Genie when she met Howie.

Life was never easy but running away from the only man that ever loved her almost proved to be fatal.

Then one day fate stepped in and saved her life. Returned to the people and the man that loved her the most, but Howie wasn't finished with her.

Would she ever find true happiness? Nick's love was real but Howie's was always beneath the surface.

Curiosity killed the cat but would it kill our relationship? I never meant for it to go as far as it did. All I was doing was a little exploring. Turns out I enjoyed it. Slightly too much. That's how I got caught.


I didn't want to believe what I was seeing. How the hell could she do this to me?! Didn't I satisfy her?! I don't know what pissed me off more. The fact that somebody else could give her so much pleasure or that I wanted to have a part in it.

Jordan Knight. The ultimate playboy. Rich, successful and a string of broken hearts at his feet. He could have any woman he wanted but he wanted only one. In walks Lynne Jensen and he has to have her. And he does. For awhile, the playboy in him takes a vacation and tries the monogamy thing for her. Ultimately, it doesn't last very long.

Life isn't always a walk in the park. Sometimes life brews up storms. These storms are meant to make us stronger.

These questions now remains: Will this storm on the horizon make Nick, Howie, Brian, AJ and their families stronger? Will they be able to survive or will they all be washed away in the downpour?

Blue is fed up with her life and the way it's going so deciding to move and leave everything behind in order to start a new life.  However is not that easy as she thought.  Eden would not let her leave promising that things would get better and she decides to stay a bit longer to soon find out it was a mistake. "Eden hon, are you here?"  Blue asks as she walks toward the back to find, "Eden!" "It's not what you think hon, he is nothing," he says in a rush disentangle himself from him and went to her but she back away quickly turning around leaving and she never look back. Meanwhile he call after her saying that need it to talk; however, Blue knew nothing is there to talk about.

Well that's what he thought as well..... 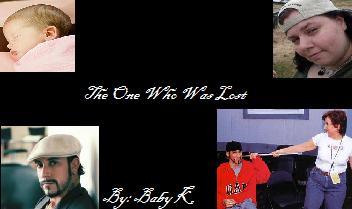 [Report This]
Published: 04/01/09 » Updated: 08/14/09
You Found Me by Muchluv4U Rated: R [ - ]
Summary: *Re-edited to first person*
Jordan loses the only person that seems to care for her, after a while of being banned from her family. She comes back to live with her mother and overcome all the teen issues in her life.
Categories: Original Fiction
Characters: None
Genres: Drama, Dramedy, Humor, Romance
Warnings: Sexual Content, Slash F/F, Violence
Series: None
Chapters: 2 Table of Contents
Completed: No
Word count: 2600
Read Count: 1200 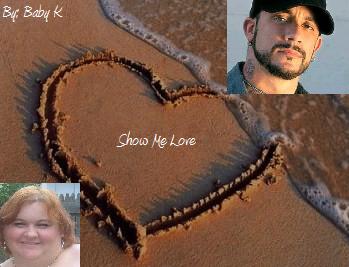 What happens when you someone you thought you could never have wants you? The first time you met them you were younger by 4 years so why would they? Sometimes people keep secrets about their feelings... Find out what Jen discovers about her favorite Backsteet Boy and how it changes her whole world.
Categories: Fanfiction > Backstreet Boys
Characters: AJ, Brian, Group, Howie, Kevin, Nick, Other
Genres: Drama
Warnings: Death, Domestic Violence, Graphic Sexual Content, Slash F/F, Slash M/M
Series: Love, Can It Really Happen To Me?
Chapters: 14 Table of Contents
Completed: Yes
Word count: 16087
Read Count: 2824

Welcome to the Nick Carter Show!