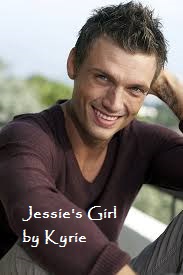 “I could stop right here, turn this car around. Walk back through the door, put my suitcase down. Tell you I'm sorry and things would be alright I know. But it all comes down to the lesser of the two. Alone by myself or alone with you. And if I have to be lonely I'd rather be lonely alone.”

Emma opened her eyes and saw Nick staring at her.

“I told you you’d be sorry for asking me to sing.”

Emma turned and started walking down the trail. After a few feet, she realized that Nick wasn’t with her. He was still standing in the same spot they had been so she walked back to where he was.

Nick didn’t answer right away. Emma had given him a warning but not for the right reason. Her voice was beautiful and she really could sing. Something was bothering him though and he was trying to find a way to say it.

“You lied about not being able to sing. That was terrific.”

Emma blushed. “I appreciate you being nice.” She paused for a minute. “You look like you’re about to say something else.”

Emma looked confused. “For what?”

“That you feel like that.” Nick paused. “That song is beautiful but it’s so sad.”

“No one should have to get used to that.”

“Thank you Nick but I’ve learned to live with it.” She started to walk away again. “Let’s just forget this discussion. It’s a beautiful day and I want to enjoy it.”

Nick could tell it was bothering her so he decided to drop the issue. “Ok, let’s get going.”

They had been at the trail for almost two hours and the afternoon was starting to get chilly. Emma wrapped her arms around herself and showed Nick the way back to the car.

“I had a good time today.” Nick said following her.

“Me too. I’m glad you decided to come along.”

Emma turned to smile at him and her foot caught on a broken piece of asphalt. Just as she started to fall, Nick reached out and wrapped his arm around her waist. He pulled her back to a standing position and started to laugh.

“I didn’t believe Addie when she said it but she’s right.”

“You being an accident waiting to happen.”

Emma elbowed him sharply in the side. “That’s not very nice Mr. Carter.”

“Sorry but I do believe this is the second time I’ve caught you mid fall. I think you even called me Jesus Christ the first time!”

“Can I ask you a favor though?”

“If you’re gonna make it a trifecta, can you give me some advance notice?”

Nick winked at her and took off in a jog. Emma just stared at him as he ran away with Della following him. She shook her head and started after him.

Nick pulled into Emma’s driveway and walked around to her side to open the door. He helped get Della out and into the house. She walked over to the basement steps and called for Jessie. After a few times and no answer, she decided to check while Nick waited for her in the living room.

“I guess we’ve been ditched.” Emma said as she came into the room. “He’s gone.”

“I doubt it.” Emma said without emotion. “Want to stay for dinner?”

Nick really wanted to say something about Jessie being a jerk but he decided to bite his tongue. He didn’t want to push the issue again.

“I’d love to but I’m supposed to meet one of our producers for a business dinner.” He paused for a minute. “I can cancel it.”

Emma smiled. “No, you need to take care of business.”

“But you’re by yourself.”

“Like I said earlier, I’m used to it. You should probably get going.”

“Ok.” Nick replied. She has put her foot down about that discussion without having to say anything. He only hoped that he hadn’t offended her.

“What are you doing next week?” she asked as he walked him out.

“Nothing that I know of. Howie will probably be hanging out with Addie so I’m pretty free. What did you have in mind?”

“I wanted to go apple picking before it ends. There’s a farm two towns over and they have pumpkins and hay rides.”

“That sounds good to me.” he answered with a smile. “Same time?”

“How about three instead? It’s a haunted hayride so it’s scarier in the dark.”

Emma grinned. “I love to be scared. Horror movies, haunted houses and hayrides. I don’t get the chance to go very often because Addie hates anything that’s scary.”

“Well you are in luck. I love everything scary!”

“Then it’s a date.” Emma realized right away how that sounded. “I didn’t mean a date date just a date.”

“I know what you meant.”

He gave her a hug and climbed into the SUV, rolling down the window so he could still hear her.

“I’ll see you on Saturday ok?

Nick put the truck into reverse and pulled out into the street. He waved at her through the window and watched as she went back inside. If next Saturday was like this one, he knew he’d have a good time.
Disclaimer: All publicly recognizable characters and settings are the property of their respective owners. The original characters and plot are the property of the author. No money is being made from this work. No copyright infringement is intended.
This story archived at http://absolutechaos.net/viewstory.php?sid=11172