Titles - D
A B C D E F G H I J K L M N O P Q R S T U V W X Y Z Other
Stories
Dreams Comes True by Jannika Rated: NC-17 [ - ]
Summary: Dreams Comes True story is about what happened before Mary, Hannah, Tina and Nina flight to States and met the Backstreet Boys. Now I had decided to write everything what girls has been gone through what Mary has told Nick in Forbidden Love. I don't write a lot about Backstreet Boys in this one, but I do hope you all enjoy reading it. Who knows where this story goes.
Categories: Fanfiction > Backstreet Boys
Characters: Group
Genres: Drama, Horror
Warnings: Child Abuse, Death, Sexual Assault/Rape, Sexual Content, Violence
Series: Fantasy Dreams
Chapters: 10 Table of Contents
Completed: No
Word count: 16304
Read Count: 199

Jessa thought she had found the love of her life...with Lance Bass? But trouble comes knocking when a dirty little secret about Lance comes out casually during a BBQ and forces Jessa to reevaulate herself, her life and...why should she even love someone?

Enter Nick Carter, fresh off his second breakup with Paris Hilton and just looking for someone who understands who he truely is. Can he break the icy walls that surround Jessa's heart, and more importantly, help her realize that they truly belong together?

[ - ]
Summary: Nicole Anderson, known as Nikki Delite by many, is an adult film star, aspiring to be something better. But when she meets a fan who is highly enamored with her work, she soon finds that being in the adult industry is dangerous business.
Categories: Fanfiction > Music > New Kids on the Block
Characters: Group
Genres: Romance
Warnings: Sexual Content, Violence
Series: None
Chapters: 5 Table of Contents
Completed: No
Word count: 7070
Read Count: 2102

After a bad case of cold feet, Nick can't seem to escape the paparazzi, so Kevin brings him to his home town in Kentucky to lie low. But once they get to Irvine, the boys find you just can't run from the past (or the future)... 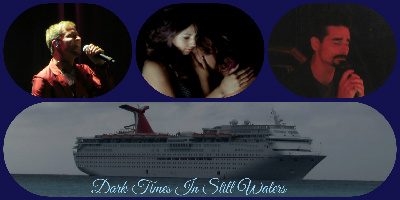 
[Report This]
Published: 08/20/14 » Updated: 11/14/14
Dear Auty by RedMacSpaz Rated: G [ - ]
Summary: This poem is written in letter format. It goes into the mind of a young man with autism and the inner struggles he faced in as a teenager. This young man is my older brother, Landon.
Categories: Poetry/Songs
Characters: None
Genres: Drama
Warnings: Domestic Violence
Series: None
Chapters: 1 Table of Contents
Completed: Yes
Word count: 527
Read Count: 200

"You gain strength, courage, and confidence by every experience in which you really stop to look fear in the face. You must do the thing which you think you cannot do." - Eleanor Roosevelt

When the unthinkable seemingly happens to one of their own, the remaining members of the group must work through their pain in order to piece together what is left. The result is an inexplicable turn of events that leaves each of them fighting to save themselves, as well as each other.
Categories: Fanfiction > Backstreet Boys
Characters: Group
Genres: Action, Angst, Drama, Suspense
Warnings: Death, Violence
Series: None
Chapters: 47 Table of Contents
Completed: Yes
Word count: 107927
Read Count: 49652

"Love isn't a decision, it's a feeling. If we could decide who to love, then life would be much simpler,
but much less magical."
Categories: Fanfiction > Backstreet Boys
Characters: Group, Nick
Genres: Dramedy, Romance
Warnings: Death, Sexual Content
Series: None
Chapters: 30 Table of Contents
Completed: No
Word count: 33253
Read Count: 24356 Allison had a one night stand with this amazing man she has always lusted over. They enjoyed the time they had and shared together. Talking, opening up about secrets. Once it happened she started thinking that he only used her but he didn't tell her was that she was different from the other women he's been with. He really had deep feels for her. Will that be the end of it or will he end up always having a mental breakdown?
Categories: Fanfiction > Backstreet Boys
Characters: AJ, Group, Kevin
Genres: Angst, Romance
Warnings: Graphic Sexual Content, Sexual Content
Series: None
Chapters: 33 Table of Contents
Completed: Yes
Word count: 41814
Read Count: 4513

In this Fifty Second Year of Order those that break the law forfeit their lives to the mines and are never seen again. Prisoner Four Three Eight’s number is up, he has been called and now he must forfeit his life to the mines.

A darkness is rising that has been forseen by a powerful visonary but the new regime will do anything to keep this new vision from public knowledge. 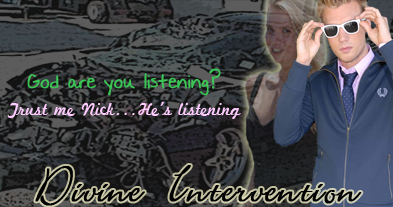 So you think Lauren’s the only reason Nick finally got his act together? She’s part of it sure, but not everything. Let me tell you the real story of how it went down. Who am I?
Let’s just say…I’m a friend of his.
THIS STORY HAS BEEN DISCONTINUED. Please check out the reworked plot in "Show Me A Reason". I apologize to anyone who were following this fic and hope you might enjoy what I feel is the better and more cohesive story.
Categories: Fanfiction > Backstreet Boys
Characters: Group, Nick
Genres: Dramedy, Supernatural
Warnings: None
Series: None
Chapters: 8 Table of Contents
Completed: Yes
Word count: 14463
Read Count: 5341


[Report This]
Published: 07/26/11 » Updated: 09/30/13
Don't Give Up by mamogirl Rated: PG-13 [ - ]
Summary: Like the Japanese heroes, those samurai who continued to fight even though they knew that their cause was already lost but the only thing that kept them afloat was their honor. And then he wasn’t a lone fighter. How could he abandon the battle when he had four other warriors ready to cleave weapons in his place?
Categories: Fanfiction > Backstreet Boys
Characters: Brian, Nick
Genres: Angst
Warnings: Slash M/M
Series: None
Chapters: 1 Table of Contents
Completed: Yes
Word count: 4135
Read Count: 329