Come little children, follow me and you will see, that there is no harm nor sin in playing with me. Tell someone, anyone that you’ll no longer be around, for once you play, your soul is apart of my playground.

[ - ]
Summary: The story's based upon the album... Or woven around it, sort of... :) I'm kinda moving through time though, you'll see what I mean later on in the story. It should be set in -98-99, but it isn't. This one won't deal with the fact that AJ had drinking or drug abuse problems, I took the liberty of skipping them and making this just a love story staight up. Oh, and also, in this one, the boys are the ones writing all of their songs.
Hope you'll like it! Make me happy, read and review!
Categories: Fanfiction > Backstreet Boys
Characters: AJ, Group
Genres: Drama, Romance
Warnings: Sexual Content
Series: None
Chapters: 4 Table of Contents
Completed: No
Word count: 8170
Read Count: 4658

[ - ]
Summary: Come and see what goes on in the crazy life of the Carters. While one child is touring about the world with dreams of becoming successful, Bob & Jane have five others to raise back home. Is all as peachy keen as one makes it out to be? Or is their one child suffering more than the others? Read on to find out...
Categories: Fanfiction > Backstreet Boys
Characters: Nick, Group
Genres: Alternate Universe
Warnings: Violence, Child Abuse
Series: None
Chapters: 18 Table of Contents
Completed: No
Word count: 13031
Read Count: 28182

[ - ]
Summary: Sequel to Champagne High. Nick is gone. Her life has turned upside down. Is there any way out of this hell? Will Howie be able to save her, or will she have to save herself? Only time will tell.

[ - ]
Summary: Samantha Dorough, Raychelle Richardson and Brian Littrell are all neighbors and have grown up together. Their mothers were the typical best friends so it was obvious that their children would be. Follow the story of these three friends and their trails of life including friendship, love and death. Now before you brush this as a teeney booper story please give it a chance.
Categories: Fanfiction > Backstreet Boys
Characters: Brian, Group, Other
Genres: Alternate Universe, Angst, Drama, Humor, Romance
Warnings: Death, Graphic Sexual Content
Series: None
Chapters: 3 Table of Contents
Completed: No
Word count: 1724
Read Count: 2854

[ - ]
Summary: This is the very first fan fic story I have ever written. It's a little lame but this was my first attempt at fan fic. Its a cross over type of story with the Backstreet Boys and some of my favorite gymnasts from the Sydney Olympics
Categories: Fanfiction > Backstreet Boys
Characters: Group, Nick, Other
Genres: Angst, Drama, Romance
Warnings: Death
Series: None
Chapters: 17 Table of Contents
Completed: Yes
Word count: 11180
Read Count: 21834

[ - ]
Summary: Two girls trying to find new lives, one of them wanting to move on, while the other can't seem to forget. Will meeting some new people change them, or only hurt them??
Categories: Fanfiction > Backstreet Boys
Characters: Brian, Group, Kevin, Other
Genres: Drama, Romance, Suspense
Warnings: Violence, Sexual Assault/Rape
Series: None
Chapters: 5 Table of Contents
Completed: No
Word count: 13330
Read Count: 3949

[ - ]
Summary: SEQUEL TO FOR BETTER, FOR WORSEKevin, Anna, AJ, Jaime, Nick and Stephanie are back. After being in a coma for months, Kevin finally woke up, deciding it was time to give touring a try in his current state. The tour is over now and new problems are about to surface as old graves are dug up, which bring on a whole new array of events. Nick and Stephanie are on rocky grounds while at the same time, AJ and Jaime are planning a wedding. Anna and Kevin are taking things slow, trying to get their lives back to normal after the events that took place in the beginning stages of their relationship. Will everything turn out the way it is supposed to, or are some things lost forever making the old saying true that ?some things just aren?t meant to be? ? 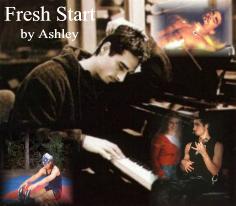 [ - ]
Summary: All it took was one man to tear their lives apart and leave it all incomplete. Now, they struggle to pick up the pieces and try to resume living the life they once lived, but things are never that simple. Just when they thought that the nightmare was over, they are left to burden with the scars and memories. Terror resurfaces again when they realize that there’s more than one person out to get them. Mysteries, twists, lies and betrayals threaten to shatter their innocence, image and life all over again. Just when they thought it was all over, they realize that it has only just begun as they struggle to fill in the empty spaces that were left behind.
Categories: Fanfiction > Backstreet Boys
Characters: Group
Genres: Drama, Suspense
Warnings: Violence
Series: None
Chapters: 30 Table of Contents
Completed: No
Word count: 37931
Read Count: 43302

[ - ]
Summary: A.J. finds out something he never knew before and is shocked it took three years for him to be told.
Categories: Fanfiction > Backstreet Boys
Characters: AJ, Group, Howie, Other
Genres: Alternate Universe
Warnings: None
Series: A.J. & Tesia Series
Chapters: 8 Table of Contents
Completed: No
Word count: 18066
Read Count: 13083

[ - ]
Summary: I love my daughter. Hate my ex-wife, but my daughter means a lot to me. I wish I could be like Brian with Baylee, but let's just put it simply, I'm not Brian. I would never want her to get sick. I love her, I do. I don't want her mom to be sad, either. I have to be brave for both of them. She's my girl. They're both my girls.