Along with the elite agents of Himitsu Takana, he's out to save the world...one mission at a time.
Parent Series: None
Categories: Fanfiction > Backstreet Boys
Characters: Group, Nick, Other
Genres: Action, Adventure, Alternate Universe, Humor
Warnings: Violence
Open: Moderated [Report This]

1000 Ways To Die by Rose [ - ]
Summary: Whether you're Nick Carter, or one of his fans...your life expectancy isn't that long these days.

This series features two round robins.

1000 Ways To Kill Nick Carter - where we kill Nick in every chapter.

And there's the new spin-off...
Revenge of the Slaughtered - Nick Strikes Back! - where you can write Nick killing off fans in every chapter! :)
Parent Series: None
Categories: Fanfiction > Backstreet Boys
Characters: Nick
Genres: Horror, Humor
Warnings: Death, Graphic Violence
Open: Closed [Report This]
A hope and A dream by Katpierse [ - ]
Summary:

Katie starts on the Xfactor thinking she has no hope and meets her heros at the the final when more than winning happens. she finds love but can it be maintain and what happens when you love one of the biggest stars in the world

Ashley is just your typical 12 year old girl; young, carefree and happy. Being raised by a single-mom hasn’t always been easy for her. Her mom had to work hard for the little they had, but they had each other and the help from their family.rnrnWhen her mom is called away on a business trip she is left in the care of her older cousin, Alex, who is on break from recording and touring with the Backstreet Boys. She hasn’t seen him much since he’s been on tour and she’s excited to finally spend some quality time with him. Then the unexpected occurs, and her life is changed forever. Will she be able to move on and create a new life for herself or will all the changes prove to be too much for her? 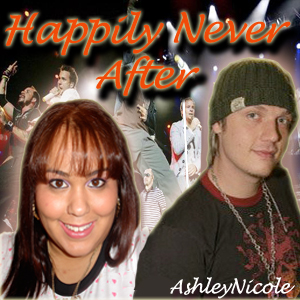 Two years have passed and Ashley is graduating high school and ready to move on to the next chapter in her life, college. Now eighteen she has chosen to move back to her hometown of Orlando to attend her mothers Alma Mater, The University of Central Florida. Deciding she needs one great summer, before returning to the stress and pressures of school, she decides to join the boys on the Never Gone tour.

With Ashley finishing school and AJ doing tour promos they haven’t spent as much time together as they usually had, and AJ sees this tour as an opportunity for them to catch up on missed time before she moves away. His plans for quality time are cut short when Ashley starts showing interest in Nick. At first he shrugs it off as a childish crush but when they start getting closer he begins to get irritated. Will he let his jealousy get in the way of their relationship or will he finally realize that Ashley is growing up?
Parent Series: None
Categories: Fanfiction > Backstreet Boys
Characters: AJ, Brian, Group, Howie, Kevin, Nick, Other
Genres: Drama, Humor, Romance
Warnings: Death, Graphic Sexual Content, Sexual Assault/Rape, Sexual Content, Violence
Open: Closed [Report This]

A Poetic Dream by MelC [ - ]
Summary: Where my poetry and art is combined for all to view
Parent Series: None
Categories: Poetry/Songs, Original Fiction
Characters: None
Genres: Drama, Fantasy, Humor, Romance
Warnings: None
Open: Closed [Report This]

[ - ]
Summary: A.J. & his little sister, Tesia, are in for good times and bad. But which times will prevail in the end? And will both be able to overcome everything that comes their way?

1st Note: This series is far from done. There's still so much more to tell, but I'm just a bit slow at getting it all written.

2nd Note: Concrete Angel is an alternative story for this series. It's basically just a 'What If' fic, so in a way it's not part of the series, but in a way it is.

Some of the guys have a turn in babysitting the Backstreet Kids...how will it go? How much trouble will the kids get into? How will the guys handle it?

The many adventures of Amelia Sabera and her tries at happiness. How long before she realizes the real reason behind her journey?