Four years have passed since AJ and Lauren took different paths amidst a bitter goodbye. In the wake of their self-destructive relationship, friendships become strained. Nastasia finds herself tangled in a web of lies that threaten to consume her while Howie attempts to show her that sometimes life is worth a second chance.

Author's Response: We really are happy to see that you are back and reading. LoL. Glad you're lovin it. And on a final thought, AJ and Lauren love each other, but they are too hard headed and stubborn to admit it to each other. LoL.

absolutely LOVE this story! I remember reading the original on another website years ago! I actually printed it off so I could read it whenever I wanted! I still have the copy and I have read it so many times! Please update this version soon! Lauren x

Author's Response: Oh wow, I was surprised to see another review for this. It's been so long. Ana and I haven't talked in a while and we have the next chap which is nearly finished, but it's been sitting unfinished for months because it seems we can never catch each other. I'm sure I can crank it out, maybe soon! Thanks for the review hon! [Ashley]

Author's Response: Awww yay! You finally came to read! Glad you're likin' it! Thanks for the review! :)

Author's Response: AJ has a hard enough time admitting to himself that he's still madly in love with Lauren, so it definitely was a major step to admit that to his son. Glad you enjoyed it and we just updated! Thanks for the review! :)

Loved it!...as always! yay for Howie for sticking up for himself and shouting at AJ! :D x

Author's Response: AJ deserved the bitching he received from Howie. Certainly has been a long time coming. Glad you enjoyed the chap and as always, thanks for the review! Expect an update very soon! :)

Oh my word! I actually cried at this chapter!!! :( it was so unbelievably emotional! x

Author's Response: Glad we were able to stir your emotions. :)

Oooh Nick is mean!!! Poor Howie! Amazing chapters girls!!!!!!!! Really enjoyed catching up with the story! Hope the next chapter is up just as quickly as these ones have come! :D x

Author's Response: Nick has really been an ass in this so far, but we're hoping that Howie was able to set him straight. Thanks for the review, hon! :)

uh oooh!!!!! the fans aren't going to like Lauren now!! but good 4 her for not caring! AJ sudnt have sed wot he sed!!! Brilliant chapter again! x

Author's Response: Thanks for reading!  I'm glad you are enjoying, and I hope you continue to keep up!

Love in the Nick of Time by ShyNickFan141 Rated: PG-13 [ - ]
Summary: Nick was a star by the time he was sixteen years old, made his own money. So how was he stupid enough to let his mother convince him to sign a contract with his lawyer stating that money made before he turned thirty would be forfeit to his parents when he reached thirty?  The only way to stop his parents from seizing his assets is to spend every single dime he has, leaving him without any money, or find a bride and produce a child before midnight on his thirtieth birthday. With two years to go, that shouldn’t be a problem, should it?
Categories: Fanfiction > Backstreet Boys
Characters: Nick
Genres: Drama, Romance
Warnings: Sexual Content
Series: None
Chapters: 3 Table of Contents
Completed: No
Word count: 3643
Read Count: 2753

This is an interesting storyline! Cant wait to see how it pans out! Good work! Lauren x

Author's Response: Thank you for the review, I am glad you are enjoying so far.

Rachel and Vanessa have been best friends their whole lives and have always been there for each other. Rachel naturally took on the big sister role and always took care of Vanessa when things went wrong. When Rachel moved to Tampa, she came up with a plan to bring Vanessa with her after a horrible break up. As Vanessa embarks on her new adventure with her best friend, the roles are reversed after Rachel is in a car accident which results in amnesia. Feeling alone and scared, she relies on AJ and Brian to get her through the battle of helping Rachel regain her memory.
Categories: Fanfiction > Backstreet Boys
Characters: AJ, Brian
Genres: Drama, Dramedy, Humor, Romance
Warnings: Sexual Content, Violence
Series: None
Chapters: 2 Table of Contents
Completed: No
Word count: 4794
Read Count: 5057

love this story! turning out to be really good! update soon!!! :) Lauren x

Author's Response: Thanks so much for reading. More to be posted very soon!

Five girls and five guys. Each with their own story that binds them all together as a group.

Kristin is from Chicago and comes to Orlando to study at UCF. When she meets Nick Carter, her focus is drawn to something else.

Rachel is Kristin's best friend. Coming to Orlando from Missouri, she decides it's time to start a new life. As she struggles with her health condition and dealing with the pressures of college, she meets Brian, who becomes a special person in her life.

Nikki is Howie's best friend from childhood. Her feelings for him have grown deeper and is curious to know how he feels too.

Sarah is an average girl who leads a terrifying life. She's stuck in an abusive relationship and wants out desperately. She thinks she's doomed to be miserable the rest of her life...until she meets Kevin.

Author's Response: Aw! Thank you! There\'s a LOT more to be written. Keep checking back! 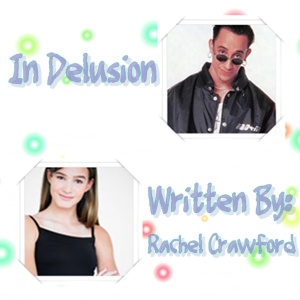 Tina is anything but an ordinary 13 year old girl. She's smart, shy, and definitely not popular. If being the school nerd wasn't bad enough for her, her big brother is A.J. McLean. She and A.J. had never been apart until now. He is about to go on his first real tour with the Backstreet Boys. She's not sure how to cope with the idea of him being gone. Now she'll have to learn how to fight her battles without him.
Categories: Fanfiction > Backstreet Boys
Characters: AJ, Brian, Group, Howie, Kevin, Nick, Other
Genres: Drama, Dramedy, Humor
Warnings: None
Series: I'll Be Your Shelter
Chapters: 5 Table of Contents
Completed: No
Word count: 6755
Read Count: 5719

Author's Response: More will be coming very soon. Thanks for reading!

A father and his daughter...
a young man in the prime of his life.
In the midst of their worst possible nightmares... miracles occur...
I can feel the pain, look into his eyes,
but I don't know gone without goodbye.
If I could reach the sky I'd bring her right back to your arms,
though I haven't seen your girl,
she's forever in my life.
Categories: Fanfiction > Backstreet Boys
Characters: Group, Nick, Other
Genres: Angst, Drama
Warnings: Death
Series: None
Chapters: 17 Table of Contents
Completed: Yes
Word count: 19263
Read Count: 25609

Oh my word...that really was the most beautiful story i've ever read! I cried so much! You are a fantasic writer! Well done on an amazing story! x

Author's Response: Aw, thank you! I'm so glad that you enjoyed it :O)