My response to the June Flash Fiction challenge. A Combination of getting lost and someone is angry.


[Report This]
Published: 06/02/09 » Updated: 06/02/09
The Little Boy in the Corner by Mare Rated: R [ - ]
Summary: A prequel to It Stays with You in response to the May writing challenge. A look into the mind of a mentally disturbed person.
Categories: Fanfiction > Backstreet Boys
Characters: Brian, Nick
Genres: Drama
Warnings: Child Abuse, Violence
Series: None
Chapters: 1 Table of Contents
Completed: Yes
Word count: 2235
Read Count: 843

This is a story about pretzels, groundhogs, Nick and a tiny bit of Howie. 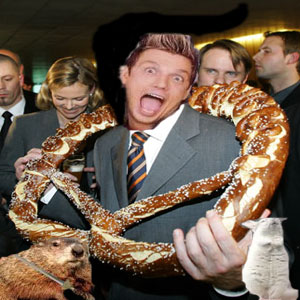 [ - ]
Summary: Everything seemed to be fine in Backstreetland . The boys were at the top of their game, most happily married, some thinking about children and some very content for the first time in their lives. But it only took one night and one horrible incident during a concert for everything to be turned upside down.
Categories: Fanfiction > Backstreet Boys
Characters: Group
Genres: Drama
Warnings: None
Series: None
Chapters: 3 Table of Contents
Completed: No
Word count: 1929
Read Count: 2944

A response to a challenge from Rose on the AC forum. Read the details in my author's note. :O)

A response to the July picture challenge over at the AC forum.


[Report This]
Published: 07/11/08 » Updated: 07/11/08
There were three on the bed and the little one said Roll Over...Roll Over by Mare Rated: G [ - ]
Summary: My response to the June Picture challenge.
Categories: Fanfiction > Backstreet Boys
Characters: Group
Genres: Humor
Warnings: None
Series: None
Chapters: 1 Table of Contents
Completed: Yes
Word count: 1581
Read Count: 918

This is a compilation of the most cringe worthy work of some of our AC writers. The challenge for the month of June is to post your most cringe worthy scene and then rewrite it to the best of your ability. I hope some of you do, so we can see how much you've grown as writers.

Eep and i'm sorry if any of my readers think this is a new suspense story because the title makes it sound like it is. lol I'm just posting it because i'm a mod. It has nothing to do with me...sorry :O(

[ - ]
Summary: We all do things in our lifetime we aren't very proud of. Sometimes those things go away and when they do, we let out a great sigh of relief...but sometimes when you think they are gone...the reality is that they are just lingering in the dark and waiting to be found.

A collection of short stories about the fun, loving and sometimes volatile relationship Kevin and Nick have had over the years. They are based on the May picture challenge. Hope you enjoy!

Leighanne and Brian enjoy a quiet night at home together.

*An entry for the April Challenge*

What happens next is an intricately woven tale of love, friendship, trips to the vet, and a few rabies shots.

Will Horatio ever profess his love to Mare?

Will Mare bite Nick on the butt?

Will Sir Rodney McBoobiekins ever get over the fact that he looks like Justin Timberlake?

Will Shadow ever track down Al Gore and get to the real meaning of Global Warming?

Will Howie ever get to have his own story?

All these questions and more will be answered in this story that has won several awards so far for being the bestest unicorn, groundhog, BSB crossover ever!

So, please read this story and tell me what you think. I might make shirts to sell to promote this story so your input is vital.

Thanks! And I apologize if this was too short, I suck at summaries!

A short story about how Howie came up with his boxing name. A response for the 'other' February challenge on the AC forum.