Wherein Shades’ feet have a mind of their own, leading his friends into the heart of the darkness infesting the Woods, the house your parents warned you about…

Wherein the erstwhile crew of the Maximum try their hand at bounty hunting, as both they and their host attempt to get new partnerships off the ground…


[Report This]
Published: 09/30/15 » Updated: 10/02/15
Aria by Babyg Rated: PG [ - ]
Summary: Aria Tomey suffers from major stage fright. The thought of being in front of a crowd makes her stomach turn in ways she didn't know was possible. As a gag, Aria’s older sister, Esme, signs her up to sing in their towns’ annual talent competition. Esme is always tormenting Aria every chance she gets, and unfortunately, Aria can’t get out of this one. Can Aria overcome her worst fear and prove to her sister that she is worthy? Or will she buckle under the pressure and remain hidden under her sister’s shadow?
Categories: Original Fiction
Characters: None
Genres: Drama
Warnings: None
Series: None
Chapters: 1 Table of Contents
Completed: Yes
Word count: 2512
Read Count: 499

Elysia is a beautiful far off land that seemed to sprang from the wildest imagination of a young, fairy loving girl. But this wonderful place with its lush green valleys, lavender colored mountains, and enchanted forests is real and part of the story laid before us starts in Elysia.

This far off land is home to various species of Fairies. But this story revolves around a young Rae Fairy. What’s a Rae Fairy you ask? Rae’s are the biggest of the Fairies. They are the most human like being of all shapes, sizes and not to mention skin tones. Also their ears aren’t as pointed like the Common Fairies people normally associate with when the word fairy is mentioned and like other fairy species they are mortal. Some people think that fairies are immortal, this misperception is due to that fact that fairies can live for centuries, but this species have a long span about 50 years longer than humans. Raes are the most magical of the Fairies as well. Most of their magic is harnessed through spells and charms. As each of the Fairy kinds, the Raes have their own symbol which each Rae child gets tattooed on their upper arms at a young age. The Rae symbol is a silver circle enclosing Celtic looking waves and knots. But enough background, let the story begin!

This is the follow up to Behind the Mask and Two Is Better Than One.

The Backstreet Boys are having a concert in New York City but Hurricane Irene is threatening to be a horrible storm but nobody believes it. Heather and her Backstreet Buds head into the city and the Backstreet Boys and their tour cast and crew, including Kalie, make their way up to New York as well. The storm worsens when everyone arrives in the city and once the power goes out something happens to make Kalie and Heather feel like they’re in Freaky Friday.

Heather was just an ordinary girl who stood out in the crowd. Nick was the Backstreet Boy who noticed her and wanted to get to know her better. Rich was her best friend who vanished from her life and unexpectedly reappeared. Now both Nick and Rich are fighting for Heather’s heart. Who will win? The best friend she thought she lost forever or the Backstreet Boy she was falling hard and fast for?

just an idea i couldn't get out of my head, it's been floating around for a while. 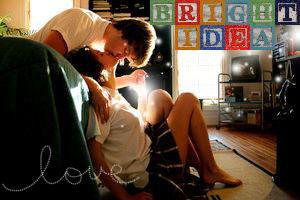 A lot can happen in one night. You can:-

She disappeared from the airport and two weeks later her jacket and purse showed up on the banks of a river twenty miles away, but I only know that from the news reports I saw at the diner. She told me to run. So I ran.
Categories: Original Fiction
Characters: None
Genres: Angst, Drama, Romance, Suspense
Warnings: Child Abuse, Death, Sexual Content, Violence
Series: None
Chapters: 13 Table of Contents
Completed: No
Word count: 16383
Read Count: 10279