It was the fall of 1999, and the Backstreet Boys were in the midst of their sold-out Into the Millennium tour, when Nick Carter went out for a late night walk on the town. His biggest worry was that he would run into fans, but instead, he crossed paths with real danger. What he witnessed that night would forever change his life, and the Backstreet Boys would never be the same.
Categories: Fanfiction > Backstreet Boys
Characters: Group, Nick
Genres: Angst, Drama, Suspense
Warnings: Death, Violence
Series: None
Chapters: 17 Table of Contents
Completed: No
Word count: 55840
Read Count: 24899

[Report This]
Published: 06/13/10 » Updated: 04/02/17
Ghost of the Theater by Jannika Rated: R [ - ]
Summary: This fiction is about how Nick ended up to be Ghost of the Theater and how he said goodbye to love of his life Anne-Marie Millon.
Categories: Fanfiction > Backstreet Boys
Characters: Nick
Genres: Drama, Fantasy, Romance, Supernatural
Warnings: Death, Graphic Violence, Sexual Content, Violence
Series: None
Chapters: 6 Table of Contents
Completed: Yes
Word count: 17968
Read Count: 7034


[Report This]
Published: 09/06/15 » Updated: 09/06/15
Game of Lions by delicate_creature Rated: R [ - ]
Summary: Nick and Rosalind always had a difficult relationship. When they unexpectedly have a child they seem more apart. Desperate, they consult a mysterious man and sign a powerful contract giving them ownership to each other's bodies..with severe and unforeseen results.. Will they save their relationship? And how far is too far??
Categories: Fanfiction > Backstreet Boys
Characters: Nick
Genres: Angst, Drama
Warnings: Domestic Violence, Graphic Sexual Content, Graphic Violence, Sexual Assault/Rape
Series: None
Chapters: 3 Table of Contents
Completed: No
Word count: 2850
Read Count: 3202


[Report This]
Published: 09/04/14 » Updated: 03/15/15
Girls' Night Out by BSB_Ducky Rated: G [ - ]
Summary: I'm terrible at summaries. But this is a story about a girl and her friends when they go to a club and Riley meets AJ McLean from BSB. It's got humor and a touch of romance. Sorry it's a horrible summary. But I hope you like it. Please R&R!
Categories: Fanfiction > Backstreet Boys
Characters: AJ
Genres: Humor, Romance
Warnings: None
Series: None
Chapters: 4 Table of Contents
Completed: Yes
Word count: 1316
Read Count: 3743

Nick’s obsessed with Cora, a pop star of legendary proportions that’s taken over the industry. The problem? She’s kinda married. But Nick’s determination to win the girl drives him to hire an amateur private investigator, a woman named Samantha who poses as his personal assistant, to try to give Cora a reason to leave. But what happens when Samantha falls for Nick instead?

When Nick makes a bloody discovery in the Swedish hotel room he was sharing with AJ, he quickly realizes that the F.B.I. (which he's sure stands for the "effing" "bullpoo" investigators) aren't doing enough to solve it. It's up to Nick to take matters into his own hands -- but he can't do it alone. With fake badges and real guns holstered to their hips, can Frick & Frack pull off impersonating agents or will Officer Lennon - the leggy-but-evil agent already on the case - expose their cover before they figure out who killed AJ McLean?
Categories: Fanfiction > Backstreet Boys
Characters: Brian, Nick
Genres: Action, Drama, Suspense
Warnings: Death, Violence
Series: None
Chapters: 20 Table of Contents
Completed: No
Word count: 23732
Read Count: 27439 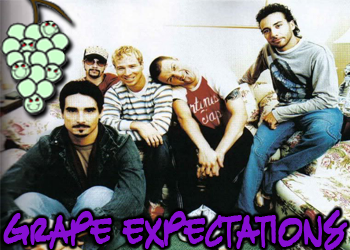 At least, until Nick hears it on one fateful day. That's when his life takes a drastic turn...

Two sisters that are homeless, living on paycheck to paycheck may have some good luck coming their way, but what happens when someone makes one of them want to go back to their old life dragging the other sister with her only to want to forget that whole part of her life in the past and forget that it ever happened only to start back over in her old life even if she didn't like it? Nick/OC AJ/OC

It is Rated NC-17 as for two chapters (as for right now) that contain strong sexual content, feel free to skip over such chapters if you feel like it. First chapter is Ch. 52 and the second chapter is Ch. 63.

After an unexpected twist of fate, Kevin must make a pivotal decision. Will he, and the other Boys, overcome the trial that awaits?

The short story of a slightly neurotic girl and her encounter with Nick Carter.

A Princess meets the Backstreet Boys.  What will happen?  Will she have the confidence to let them know about her life as a royal?