When Micah and Jay Hudson went up to camp for the summer, no one would have thought they would be any different from everyone else on staff. But over the next few weeks Jay's past and future is slowly revealed, and it's going to shake all of their lives.

[ - ]
Summary: Nick Carter always thought life was going to be perfect. But then things start falling apart. His wife is dead, his children are suddenly uncontrollable, and something is wrong with Joshua... *based on a true story* 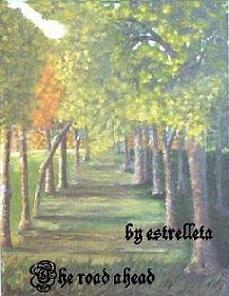 When Michelle's adopted and she isn't, Carrie feels lost and hopeless. She, too, is suffering the consequences of a bad childhood.

Will someone come into her life who is willing to love her and take her as his daughter? Or is Carrie doomed to stay at Green Meadows Orphanage for the rest of her life?

[ - ]
Summary: A short story about a boy who has lead a sad life. His parents are never around, his brother moved out when he was very young, and at sixteen he knows that he is going to die. He takes a trip to Spain, where he hopes to spend his last days, and, hopefully, pull away from the unfeeling person he has become.
Categories: Non-Fiction
Characters: None
Genres: Drama
Warnings: None
Series: None
Chapters: 1 Table of Contents
Completed: Yes
Word count: 757
Read Count: 539

[ - ]
Summary: All her life, Michelle has been taught that when she does something wrong, she gets punished, and that her parents are always right and she is always wrong.

To Michelle, this is the only truth she's ever known... until someone comes into her life who teaches her it doesn't always have to be this way.